I never met Mamá Adela, my paternal grandmother. She died in the sixties from breast cancer, when my dad was still a priest. From the stories my Tio Germán tells me, my dad was in Chile when he received word of my grandmother’s declining health. He asked the Church, and was granted, a transfer back to Manizales, where he spent his time by her side.

Like my dad, she smoked cigarettes until the end. My dad often told me how he’d sneak some to her, a last gusto, because at that state, why deny her simple pleasures? Perhaps smoking was a comfort for her, a tool to embrace a death that was hers. Her husband, my grandfather, had died ten years earlier in a motorcycle accident. He was too young. Maybe she saw her sentence as a way of seeing him once more. Maybe she’d missed him, especially since the children were all grown. Or maybe she shuddered at the thought of being bound again, in the afterlife. I don’t think the latter holds true to her memory, though. 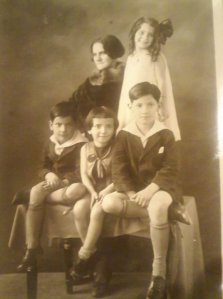 In the picture I have of her, tacked on a collage on my living room wall, she is still young. She’s sitting, staring off to the side, her hair a neat, dark bob, her thin lips in a line. No smile. I don’t think it was customary to smile in those days, but I wonder if she had other reasons not to smile. The photograph is circa 1934 and four of her six children are pictured; the final two would follow in the years to come. My dad, the youngest here, was about four or five. Germán, the oldest, must have been about eight. In the photograph, Ruth is standing next to my grandmother, behind the three sitting boys: Rodrigo, my dad, and Germán. The only ones smiling are my dad and Tia Ruth. Tio Rodrigo’s lips are also in a straight line, his eyebrows scrunched;  Tio Germán doesn’t scowl nor does he smile. When I was a child, I loved this photograph because it’s the only photo of my dad as a child. All I have of my dad’s youth are stories. This is one, tangible proof that he was, in fact, a child – funny haircut and bright, wide eyes and all.

I wonder what my grandmother felt, sitting beside her children. Did she feel divided? Did she care that she had no choices? I wonder if that’s why she didn’t smile, why she bore her cross, that woman born with the century, without complaining but without smiling. I look at her and want to know her, understand her, as if that is the key to understanding part of who I am.

I ask Tio Germán, the eldest of her children and now well into his eighties, about her and he tells me stories of her my father never did. She had poor health, unidentifiable pains the doctors couldn’t name, so they sent her to Aguadas, a valley near Manizales that provided much-needed warmth for her aches; Manizales was just too cold. She went to Aguadas with my dad whenabout six or seven, while my uncle stayed behind with my grandfather. I don’t know how the others were divided, but I wonder whether my grandmother yearned for that solitude, for that brief period of independence.

The stories I’ve heard of her are conflicting. My dad referred to her as docile, sweet; my cousins, the ones that met her, remember her as stoic, stern, and the one who punished.

In this photograph, I can see traces of both women.

@danasanmar created a stunning cover illustration for The Enchanted Life of Valentina Mejía that is absolutely perfect, and I love that she’s sharing her sketching process. Check it out on her account (because I didn’t repost correctly 🤦🏻‍♀️)—and then check out the rest of her gorgeous work!! 😍
Miami friends with littles! Come join me for a fun, interactive reading of Isabel and Her Colores Go to School just in time for... well, back-to-school! The reading will be followed by time for questions and a bookmark craft.
Thrilled and honored and grateful at being included in the Between the Covers Summer Series. I loved getting to chat with Ann Bocock about Isabel and Her Colores Go to School. Check it out, along with all the other interviews!
One of the things I loved about being in the mountains, aside from the views and slightly cooler temps (when not in heat advisory or storms), was the sounds. Play the audio to hear cicadas (at least, that’s what the locals told us they were), birds, and a gurgling creek. 🥰 Revisiting these as I’m settling back home and getting back to business.
This Thursday! I loved getting to chat with Ann Bocock for her Between the Covers series. ☺️ 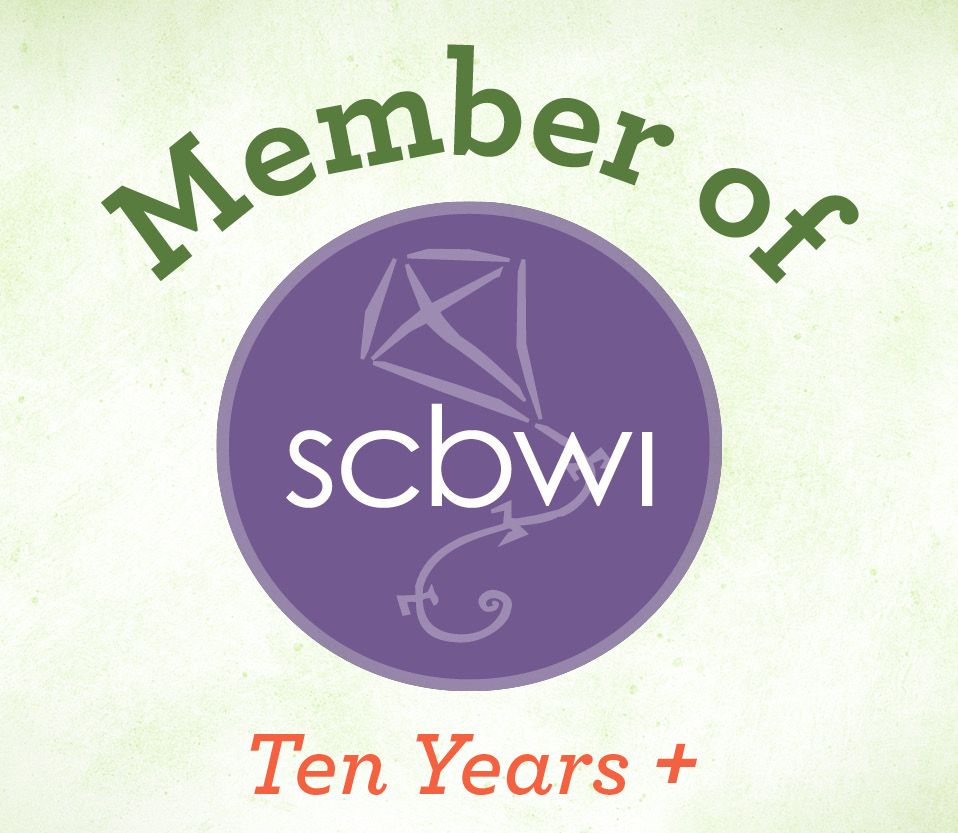 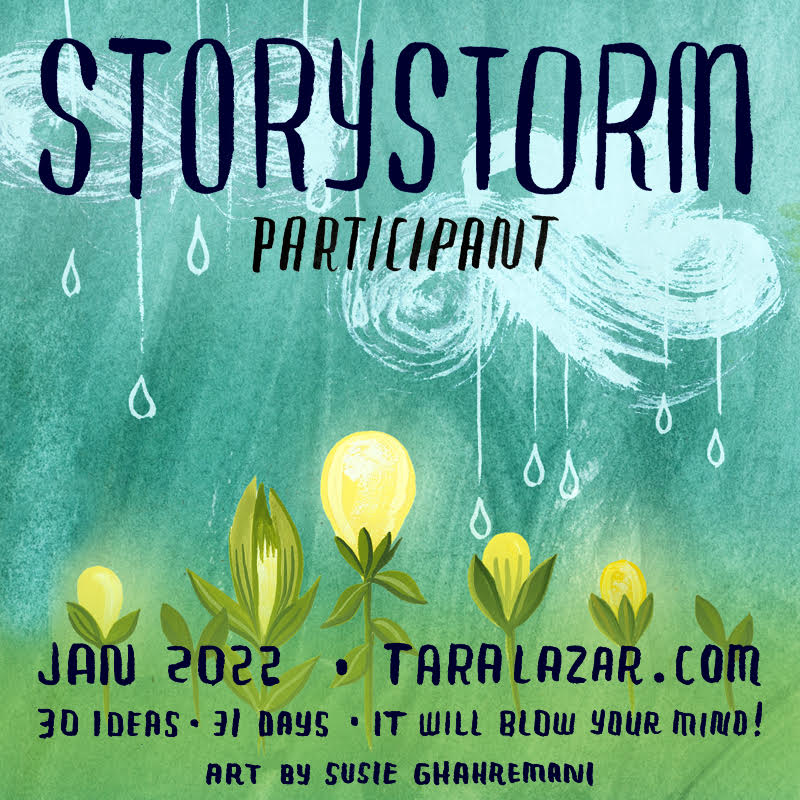